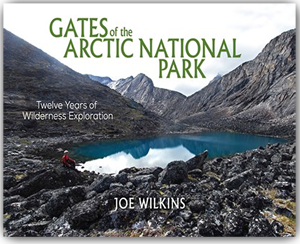 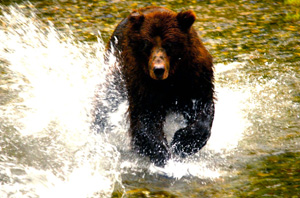 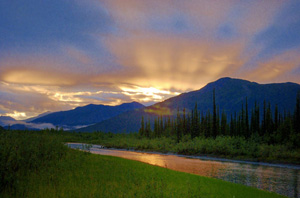 A Good Read for a Great Cause!
All net proceeds from book sales will be donated to support needy veterans through the Joe Wilkins Veterans Scholarship Fund, which was established in 2003 to assist students at the University of Illinois at Springfield.

A LONG JOURNEY THROUGH THE ARCTIC

Having accumulated more than a half-century of experience in the arctic regions, Joe Wilkins has now created a definitive, perennial book about one of the country’s most enchanting parks that will stand the test of time. Illustrated with spectacular photography, Gates of the Arctic National Park: Twelve Years of Wilderness Exploration provides thorough, accurate and detailed information about this magnificent treasure.

Wilkins first entered the mountainous wilderness of northern Alaska in 1966 when he received training in arctic-wilderness-survival out of Elmendorf AFB. During the 1970’s he began hiking, backpacking and camping in the region which, in 1980, was designated Gates of the Arctic National Park. This is a land of multiple complexities and amazing contrasts. Nowhere else in North America does it get darker, colder, or more wild. The complementary qualities of remoteness, beauty, and danger, combined with more human history than exists anywhere else on the continent, imbue this region with an elemental, visceral, and almost magical inspiration for visitors.

After retiring from the faculty of the University of Illinois at Springfield and between 2005 and 2017, he made more than fifty trips into the backcountry of the Brooks Range in and around Gates of the Arctic National Park. He also served as a Volunteer Backcountry Patroller with the National Park Service and he solo-backpacked throughout this mountainous arctic wilderness. In addition, he has paddled canoes and packrafts across wilderness lakes and down arctic white-water rivers.

"Few people will have the privilege of stepping inside the borders of Gates of the Arctic National Park; for this reason, the pictures and insights shared by Joe Wilkins are truly a gift to the entire nation."
— David E. McCourtney, West Point class of 1999, Veteran of Operation Iraqi Freedom and Operation Enduring Freedom (Afghanistan)

"There is gold in Joe’s stories for those who care to listen and glean the lessons learned."
— Gary Youngblood, Chief Ranger (Retired), Gates of the Arctic National Park and Preserve

"Through superb photography, he demonstrates breathtaking, spectacular sceneries page after page, stunning the reader with his images. This is a very beautiful book . . ."
— Seattle Book Review